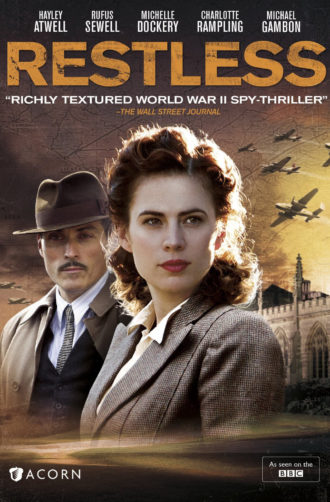 It is 1939. Eva Delectorskaya (Hayley Atwell) is a beautiful 28-year-old Russian émigrée living in Paris. As war breaks out she is recruited for the British Secret Service by Lucas Romer (Rufus Sewell), a mysterious Englishman, and under his tutelage she learns to become the perfect spy, to mask her emotions and trust no one, including those she loves most. Since the war, Eva (Charlotte Rampling in present day) has carefully rebuilt her life as a typically English wife and mother. But once a spy, always a spy. Now she must complete one final assignment, and this time Eva can’t do it alone: she needs her daughter, Ruth’s help (Downton Abbey’s Michelle Dockery). 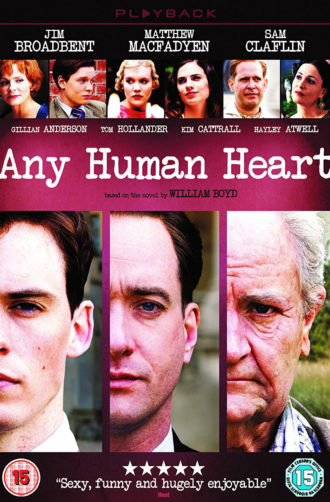 An adaptation of William Boyd’s best-selling novel, Any Human Heart tells the story of Logan Mountstuart’s long and rackety life, one which spans every decade of the twentieth century, in all its fantastic and humdrum, dangerous and tranquil, tragic and humorous aspects.

The four films follow Logan from his time in Oxford; through literary marketsuccess with the publication of his ‘racy’ novel ‘The Girl Factory’; through numerous affairs and two marriages; one tragic true love; adventures as a spy behind enemy lines; flirtations with Wallis Simpson; encounters with Ernest Hemingway, Ian Fleming, sexual scandal in the New York art scene; destitution in Pimlico; unlikely heroism to a final and perhaps even contented death.

Visit the official Channel 4 site for Any Human Heart 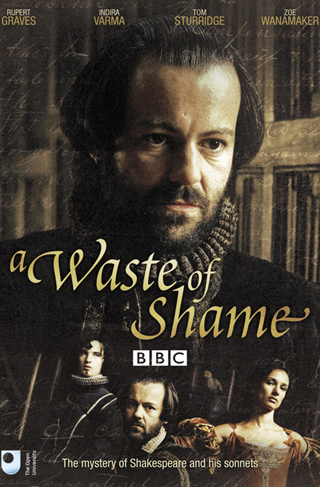 A Waste of Shame

Shakespeare’s Sonnets are the most compelling source for an emotional and dramatic journey into the psychology of the man himself. Self-analytical, brutally honest,  they are his story told in his own words. Behind the lyrical, beautifully crafted language, a brooding obsession with the ‘Lovely Boy’ and Shakespeare’s extra-marital relationship with a Dark Lady is revealed. The sonnet sequence is his unique meditation on love, sex, mortality and the creative urge, which has tantalised scholars and casual readers alike.

A Waste of Shame is an intense drama about the passionate and destructive love triangle that consumed Shakespere in his troubled middle years adapting some of the most celebrated, sexual, raw, and vitriolic love poems ever written.

Visit the Open University pages on A Waste of Shame 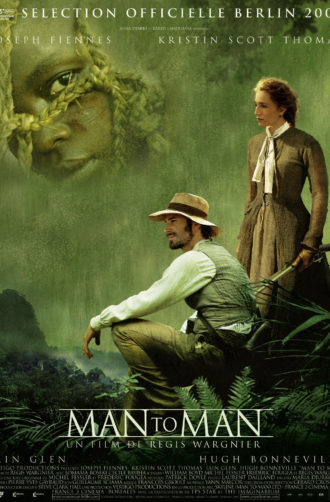 1870. Dr. Jamie Dodd has finally succeeded in capturing not one, but two pygmies. He brings them to Scotland with the help of Elena Van den Ende, an adventurous woman who sells wild animals to the zoos of Europe. With his two anthropologist friends, they are certain they have discovered the missing link, which will make them famous. They start examining the pygmy couple from every angle and Jamie gradually discovers that Toko and Likola are just as sensitive and intelligent as any other homo sapiens. His two colleagues strongly reject this idea, seduced by the glory of their discovery. Will Jamie be able to prove they are genuine human beings and not freaks to be shown in a zoo? 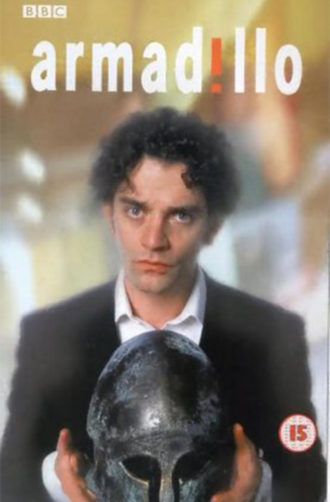 Adapted by William Boyd from his highly acclaimed best-selling novel.

“Loss adjusters are noble men who frustrate and negate the bland promises of insurance. We act out of the great unbending principles in life: nothing is sure, nothing is certain, nothing is free, nothing is forever. It is a noble calling.”

One winter’s morning, loss adjuster Lorimer Black – handsome, intelligent, insomniac – keeps a routine business appointment, only to discover that his client has hanged himself. It’s a bad start to the day by any standards and the beginning of a sinister chain of events that turns Lorimer’s world upside down and inside out in ways he could never have foreseen. 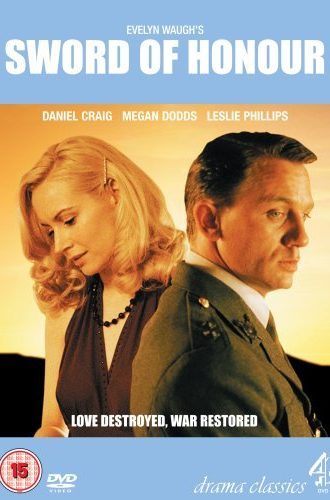 Thirty-five-year-old Englishman Guy Crouchback returns home from Italy at the start of the war determined to fight the good fight. Horrified by Nazi barbarism and emotionally shattered by a painful divorce, Crouchback eagerly accepts a post with the elite Royal Corps of Halberdiers. But nothing has prepared him for the absurd reality of life in the British army or the return of his alluring ex-wife. 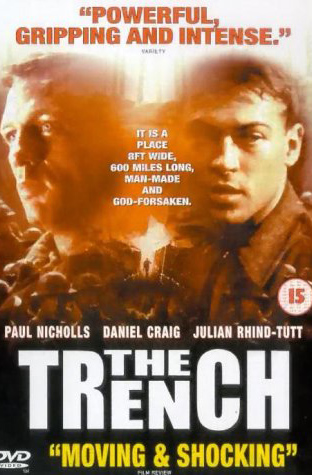 The Trench, set 24hrs before the Battle of the Somme, takes us through the soldiers’ emotional experience in the confines of the trenches; from boredom to fear, panic to restlessness. Billy MacFarlane, 17, and his older brother, Eddie, have volunteered for service and their squad depend on the war-hardened Sergeant Winter and the scholarly Lieutenant Hart for their survival. Then word comes they’re to be in the first wave of attacks… 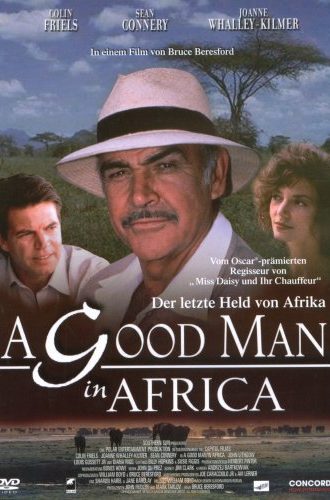 Morgan Leafy is a British diplomat who, for the past three years, has been assigned to the British High Commission of Ninjana, an African nation slowly divesting itself of colonial rule. Leafy is an arrogant and frequently confused alcoholic romantically involved with an African woman named Hazel. Arthur Fanshawe, a new High Commission appointee who wants nothing more than to be moved out of Africa, brings some interesting news to Leafy: massive reserves of oil have been discovered in Ninjana, and so the British will want to stay on the good side of Sam Adekunle, the next president of Ninjana.

However, something of a diplomatic crisis has come up; a native woman was struck by lightning in the courtyard of the High Commission’s compound, and the locals insist that she cannot be moved until certain time-honored rituals have been performed. At a loss for advice, Leafy turns to Dr. Alex Murray, a Scottish doctor and one of the few people equally at ease with both the British colonials and the natives. But Leafy’s romantic problems are about to get even more complicated… 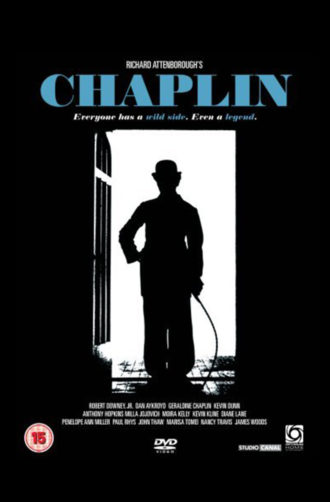 The elderly Chaplin recollects moments from his life during a conversation with the editor of his autobiography. From his formative years in England to his highest successes in America, Charlie’s life, work, and loves are followed. While his screen characters were extremely hilarious, the man behind “The Little Tramp” was constantly haunted by a sense of loss. 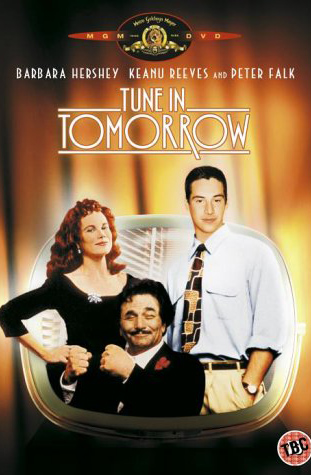 When radio reporter Martin falls for his sexy aunt Julia, the station’s zany soap opera writer Pedro decides to use them as inspiration for his show – and broadcast the details! Courtship soon turns to chaos with Martin’s love life in shambles, Julia in disgrace and irate listeners rioting in the streets. Everyone will have to tune in tomorrow to discover how it all turns out! 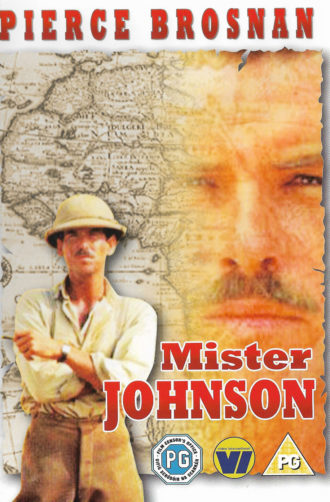 British East Africa, 1923. Harry Rudbeck, an ambitious army officer, wants to build a road to bring the outside world to the backwater town where he is posted. Struggling to find ways around Foreign Service bureaucracy, he relies on his resourceful African clerk, Mr. Johnson. But when Johnson’s can-do attitude runs afoul of British law, Rudbeck must make a painful decision. 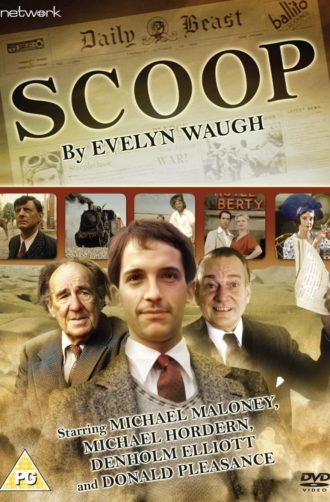 This 1987 television play, adapted from Evelyn Waugh’s barbed comic novel, centres on a naïve young newspaper columnist, William Boot, who is caught up in an unfortunate case of mistaken identity. Each week, Boot writes a nature column for The Daily Beast entitled ‘Lush Places’, featuring detailed observations from the depths of his country estate. All is fine until the paper’s foreign editor confuses him with a war reporter, and the bewildered Boot is dispatched to the East African republic of Ishmaelia to cover a major political crisis. Once there, he encounters the manipulative power of the world’s press, tangles with big business, and falls hopelessly in love for the first time. Inspired by Evelyn Waugh’s own experience as a war reporter, Scoop aims a satirical spear at an array of Fleet Street archetypes 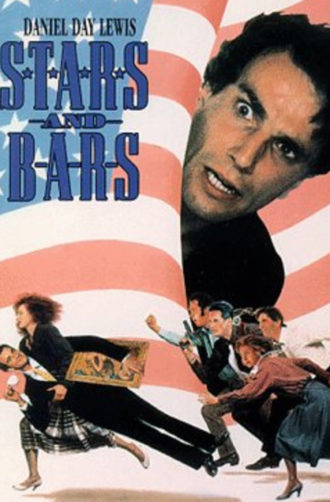 This hilarious fish-out-of-water comedy places a British art expert in America with instructions to purchase a rare Renoir painting in the South but comes across some crazy characters in the process. 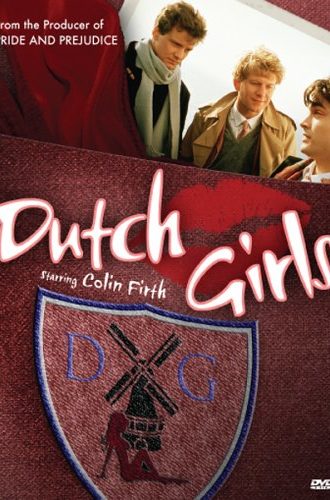 English public school boys go on a school hockey trip to the Netherlands. However they are much more interested in the Dutch girls than they are in hockey. Led by their dour but clueless games teacher Mr Mole (Bill Patterson), they manage to try smoking, drinking, and their luck with the ladies with differing success. 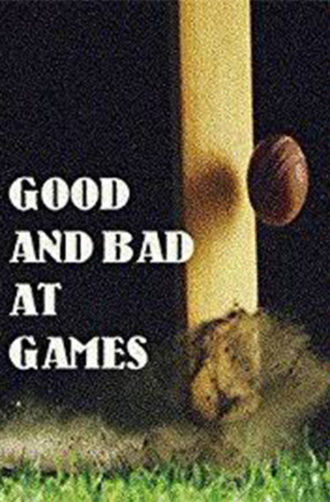 Good and Bad at Games

Set both in 1973 and in London in the early 1980s, the focus is Cox, a bitter outsider bullied for his lack of sporting skill at school and now a left wing investigative journalist. Catching up with his former tormentors, army officer Mount and salesman Niles, Cox is determined to avenge the unhappiness he suffered as a kid. His chance comes, appropriately, at an old boy’s cricket match.