This hilarious fish-out-of-water comedy places a British art expert in America with instructions to purchase a rare Renoir painting in the South but comes across some crazy characters in the process.

‘One of the comic masterpieces’ Daily Telegraph

This was the first film made that was based on one of my novels. It starred Daniel Day Lewis in the title role of a diffident Englishman miles out of his depth in the crazy gothic surroundings of the Deep South of the USA. It was made by a Hollywood studio, Columbia Pictures, but, because of studio politics never got a proper release. Another great cast, directed by Pat O’Connor. 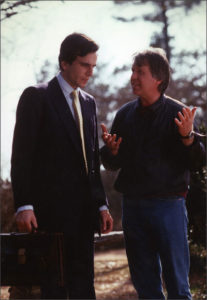