British East Africa, 1923. Harry Rudbeck, an ambitious army officer, wants to build a road to bring the outside world to the backwater town where he is posted. Struggling to find ways around Foreign Service bureaucracy, he relies on his resourceful African clerk, Mr. Johnson. But when Johnson’s can-do attitude runs afoul of British law, Rudbeck must make a painful decision.

I admired its sense of time and place, and the thoughtful performances of Eziashi, Brosnan and Woodward…

I have a feeling that Mr Johnson is the only feature film ever to have been shot in Nigeria. It’s based on the classic novel by Joyce Cary. Set in the 1920s, it tells the story of a Nigerian clerk who seems only capable of self- destructing. Funny and very moving. Directed by Bruce Beresford it stars Maynard Eziashi in the title role and an extremely good Pierce Brosnan (pre-Bond) as the district commissioner. 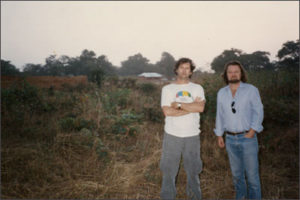