English public school boys go on a school hockey trip to the Netherlands. However they are much more interested in the Dutch girls than they are in hockey. Led by their dour but clueless games teacher Mr Mole (Bill Patterson), they manage to try smoking, drinking, and their luck with the ladies with differing success.

The second of my two films about boarding school life is more light-hearted: a comic exploration of the sexual conditioning that single-sex education inflicts on the adolescent boy. A British schoolboy hockey team goes touring in Holland with disastrous consequences. A great cast of current stars then in their first flush of youth: Colin Firth, Timothy Spall, James Wilby among others. Also graced by the great Bill Patterson as the hockey coach with an obsession for Vincent Van Gogh. 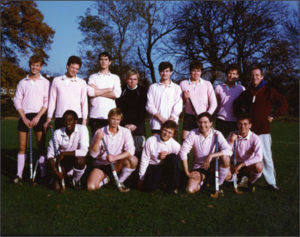 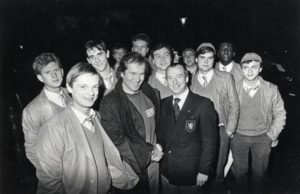 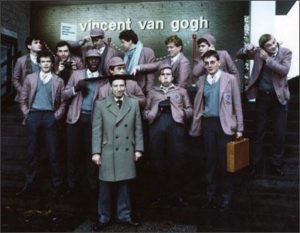 The cast of Dutch Girls